Far-right commentator Katie Hopkins will be deported from Australia after bragging about trying to break hotel quarantine rules.

Katie, who is known for her controversial views, reportedly arrived in Australia on a “critical skills” visa and was due to appear on Channel Seven’s Celebrity Big Brother alongside Caitlyn Jenner, who also flew into Sydney last week.

However, according to The Guardian, Channel Seven terminated her contract after she filmed herself calling Covid lockdowns the “greatest hoax in human history” and said that she was planning to breach her quarantine by opening her door to the security guards nude and maskless.

In a now deleted Instagram video, Katie said: “I’ve been told when they bring three meals a day to the door … I have to wait 30 seconds before opening the door. And then I can open the door but only with a face mask.”

Katie went on to claim that she was “lying in wait” in the bathroom until the knock came so she could “frighten the s**t out of them [the workers] and do it naked with no face mask”.

“The fact that she was out there boasting about breaching quarantine was appalling,” Ms Andrews said.

“It was a slap in the face for all those Australians who are currently in lockdown, and it’s just unacceptable behaviour. So, personally, I’m very pleased she’ll be leaving.

“We will be getting her out of the country as soon as we can possibly arrange that. So I’m hopeful that it will happen imminently.” 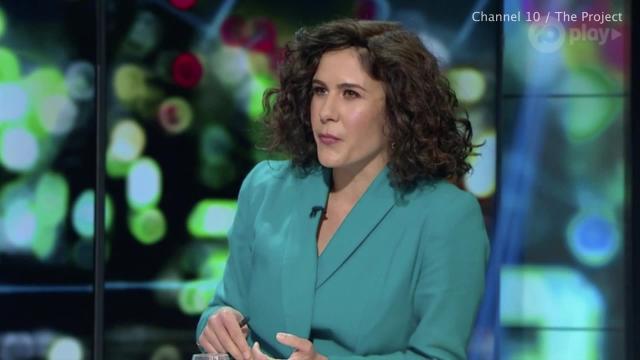 Over the years, Kate has been retweeted many times by former US president Donald Trump and has previously compared migrants to cockroaches.

Federal government and opposition MPs have blasted her antics, with Deputy Prime Minister Barnaby Joyce saying: “I’m the one who wanted to send home Johnny Depp’s dogs home so I have no problem sending home someone (Ms Hopkins) who wants to flout our laws,” he told ABC Insider.

“If you want to do that, pack your bongo and get out of (the) country!”

Yesterday, the Home Affairs Minister Karen Andrews released a statement saying she was appalled by Katie’s behaviour in hotel quarantine.

“It is despicable that anyone would behave in such a way that puts our health officials and community at risk,” Ms Andrews said.

“I have directed Australian Border Force to immediately consider the facts of this matter and urgently review whether this individual is complying with the requirements of her visa.”

Channel Seven also released a statement saying Katie had been dumped from the show.

Viral Marange Man who impregnated 14 year old Anna out on…